So, in the wake of the current freeze of productions regarding the Disney+ Kenobi series, I decided to pull out my beloved idea for a Kenobi film that I wrote three years ago. It still holds up. And is very easily adapted into a streaming, serial adventure.

Whether Kathleen sees this or not, whether I get hired to write this or not, I want the fans- both civilian and corporate- to know this story exists. To know this is possible. And that no matter what- the Force will be with us… always.

Is it possible to tell a love story that already happened?
Let me tell you about the Obi-Wan Kenobi story that I want to see.

Fans of the Emmy award winning “Star Wars: The Clone Wars” series well remember the only onscreen portrayal of a romantic partner that Obi-Wan has ever had. A peace loving, Mandalorian Duchess by the name of Satine Kryze. During their brief arc, we are surprisingly informed that the pair have underlying feelings of affection, subtly subverting their relentless adherence to responsibility. To duty. Yet, it is only lightly teased at, leaving us unsure how deep this potential love devotion runs, until Obi-Wan says the one sentence that changed our perception of him forever.

“Had you said the word, I would have left the Jedi Order.”

That.
I want to know about THAT Obi-Wan.
Because the end of that arc was the murder of Satine Kryze at the tattooed hands of Darth Maul.
I want to know how that Obi-Wan fell in love and what life is like without that love present. Bringing us back to the primary query.

Is it possible to tell a love story that already happened?
If I were at the helm of this ship (get it), this is how I’d do it…

We give Obi-Wan an objective. Order 66 has happened, the duel against Anakin is still fresh in his mind, he’s in hiding on Tattooine guarding Luke, but something happens. Something big. The only kind of big that could pull someone as steadfast as Obi-Wan from his sworn duty.

A matter of the heart.

Conflict has arisen. He’s at the Mos Eisley cantina and it’s there where he finds out that his old nemesis Cad Bane has a new contract out. The target is Satine’s half sister; Satine had changed her last name in order to protect her from Mandalorian wrath and martial way of life. But somebody figured out her identity and now wants her dead, hiring the best bounty hunter in the galaxy to make sure of it. Obi-Wan is conflicted, but eventually his heart wins out. He informs Owen and Beru that he has to take this mission and when they ask why, he looks at them pointedly and says “For love,” (or something to that effect). At this exact point, we are flung into a flashback of Obi-Wan and Qui-Gon escorting Duchess Satine across a war torn Mandalore in the midst of its own Civil War.

Bearing in mind that the best love stories are tactile (meaning they’re about touch, about feel) we don’t stay here too long. Maybe five minutes. Ten tops. Just enough to give that taste. Then we’re back and Obi-Wan goes on a wild adventure tracking Cad Bane’s movements (via tip from a shadowy ally known as “Fulcrum) once he realizes he can’t make contact with Satine’s half sister. Somewhere in there, he has a dream about Satine which gives us another piece of their story; when he wakes, he’s distraught at how obsessed over her he still is. He falls into some bounty hunter traps, has a few encounters with stormtroopers, and then has an epic battle with Cad Bane when they both manage to find her within minutes of one another.

As they blast off and escape, Satine’s half sister has something for him. It’s a disc containing all of their written holo messages they’d secretly transmitted to one another over the years. As he reads it outloud, it takes visual shape on the screen, giving us yet another dimension of their incredible love story. Things come to a head when Satine’s half sister helps him realize that, despite everything, he’s still in love with Satine- and that’s okay. They also find out that Cad Bane knows why Obi-Wan is on Tattooine and is holding Luke ransom at a secret location. And the big reveal is when Obi-Wan solves the mystery behind who hired Cad in the first place and realizes it’s Vader. An act of vengeful spite.

Kenobi and Satine’s half sister race off to face Bane and rescue Luke. Bane has littered the hideout with various traps and defensive bots, which Obi-Wan tenaciously battles through until Bane gets the drop on him with ysalamari. Now, with no Force powers, he has to duel this highly trained bounty hunter for his life. It’s a crazy battle and Obi-Wan makes Satine’s half sister leave on their ship with Luke back to Tattooine. As she blasts off, the repulsors weaken the ysalamari just enough for Obi-Wan to deflect the kill shot right into the ysalamari. With the Force flowing back into him, he draws on it more heavily than he ever has before, blasting Bane into a wall and wiping Luke from his memory. The process of bending such a strong mind with that much raw Force, ages Obi-Wan a bit and leaves him weakened. He takes Bane’s ship, hops around hyperspace a bit, lands in an outer system and trades it for a plain one before heading to Tattooine.

Luke is safe and sound with Own and Beru. When he asks about Satine’s half sister, they give him a holo-message from her. She owns up to her Mandalorian heritage and says she’s done being weak and that she’s going to use her resources to go off the radar until she figures out what her purpose in all of this is supposed to be- which he then affirms as a good idea for himself. He promises to never leave Luke and his family unprotected again. As he’s reclining in that familiar hut from A New Hope, there’s a shimmer and the Force ghost of Satine herself appears. They have a poignant exchange, where he confesses that he still loves her and she lets him know it’s okay. Because this is the point of the movie. Obi-Wan learns that it is okay to love. He’s no less a Jedi for it. She then responds with the moving words from Clone Wars.

“Remember, my dear Obi-Wan. I loved you always. And I always will.”

His face is in her shimmering hand and then she disappears. He takes a recollective moment, reclining in his chair and sipping his tea. Then he raises up slightly with a bit of a knowing smirk on his face. The scene shifts to mirror that from Revenge of the Sith between Anakin and Padme when the assault on the Emperor was going down, only this time it’s between Obi-Wan and Vader. Obi-Wan toasts to the air, saying- “You failed old friend.” (cut to Vader breathing) “But not to worry.” (Back to Obi-Wan) “I am sure we will meet again.” 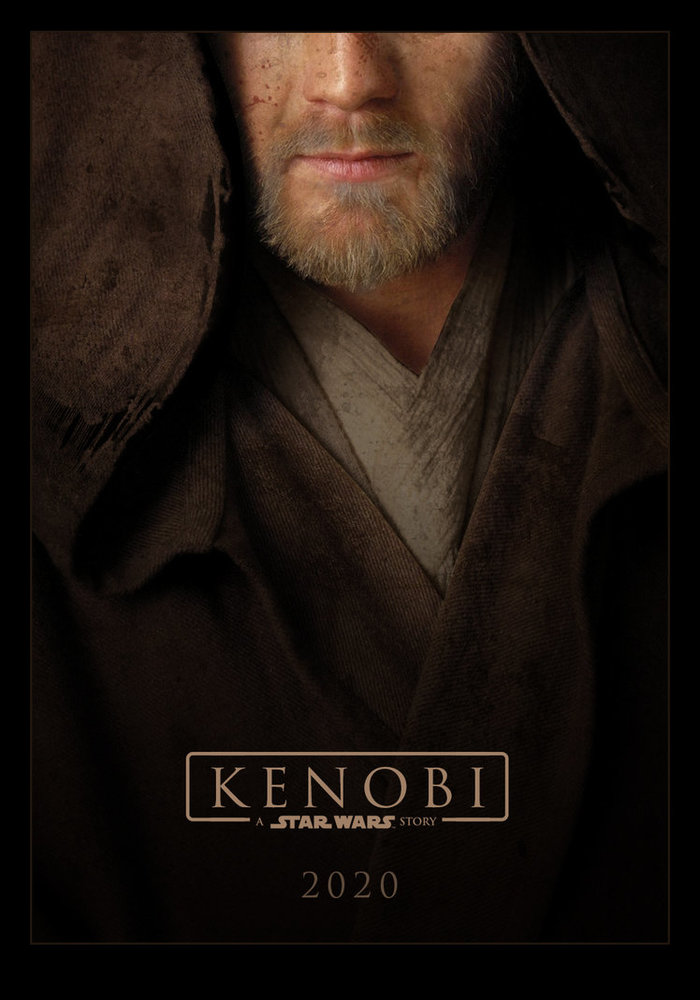 Kathleen, I am SO ready to write this.